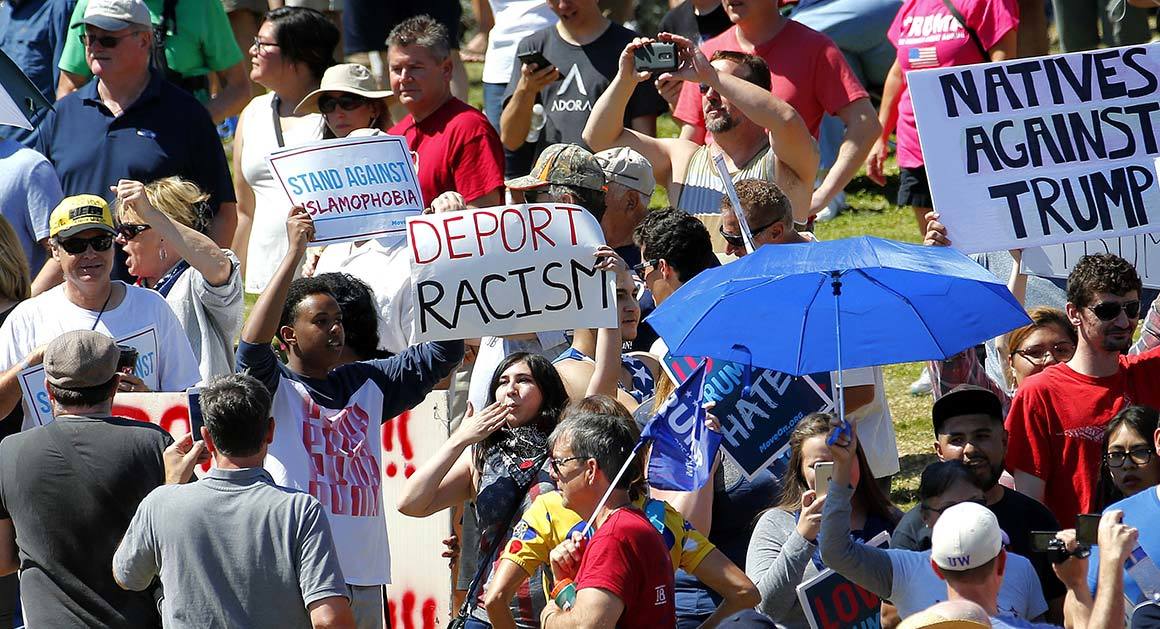 Protests across the United States have erupted against President-elect Donald Trump. Some have called for people to kill their local Trump supporters and others cry that “people have to die” for there to be the proper change that protestors are rioting for.

A petition has also been started to get rid of the electoral college system, citing that Hillary Clinton won the popular vote. She won the vote by 337, 636 votes, but lost the electoral vote with 290 for Donald Trump and 228 for Clinton with Michigan yet to be called for Donald Trump and New Hampshire for Clinton. This is considered an upset by many political pundits and polls because she lost many battleground states that she was expected to clearly win in.

Love the fact that the small groups of protesters last night have passion for our great country. We will all come together and be proud!

As a result, one of the growing concerns that has been voiced by the protestors hitting the streets is the topic of Immigration reform and whether or not illegal immigrants and Dreamers in California, Texas, Illinois, New York and Florida stand to be affected as the Tampa Bay Times reported, which was 1.3 million applications that were either approved or renewed concerning Dreamers. The U.S. Citizenship and Immigration Services also reports that “over 50,000 applications or renewals have been approved for Dreamers in Florida” alone.

Of these applications that have been submitted since 2012, 988,000 of them come from Mexico as Federal records show. The second largest group that comprises applications come from El Salvador with 46,000 followed by Guatemala with 31,000 and Honduras with 30,000 and South Korea with 16,000.

In his acceptance speech, Trump pledged “for those who have chosen not to support me in the past, of which there were a few people, I’m reaching out to you for your guidance and your help so that we can work together and unify our great country,” because his campaign was “a movement comprised of Americans from all races, religions, backgrounds, and beliefs, who want and expect our government to serve the people — and serve the people it will.”