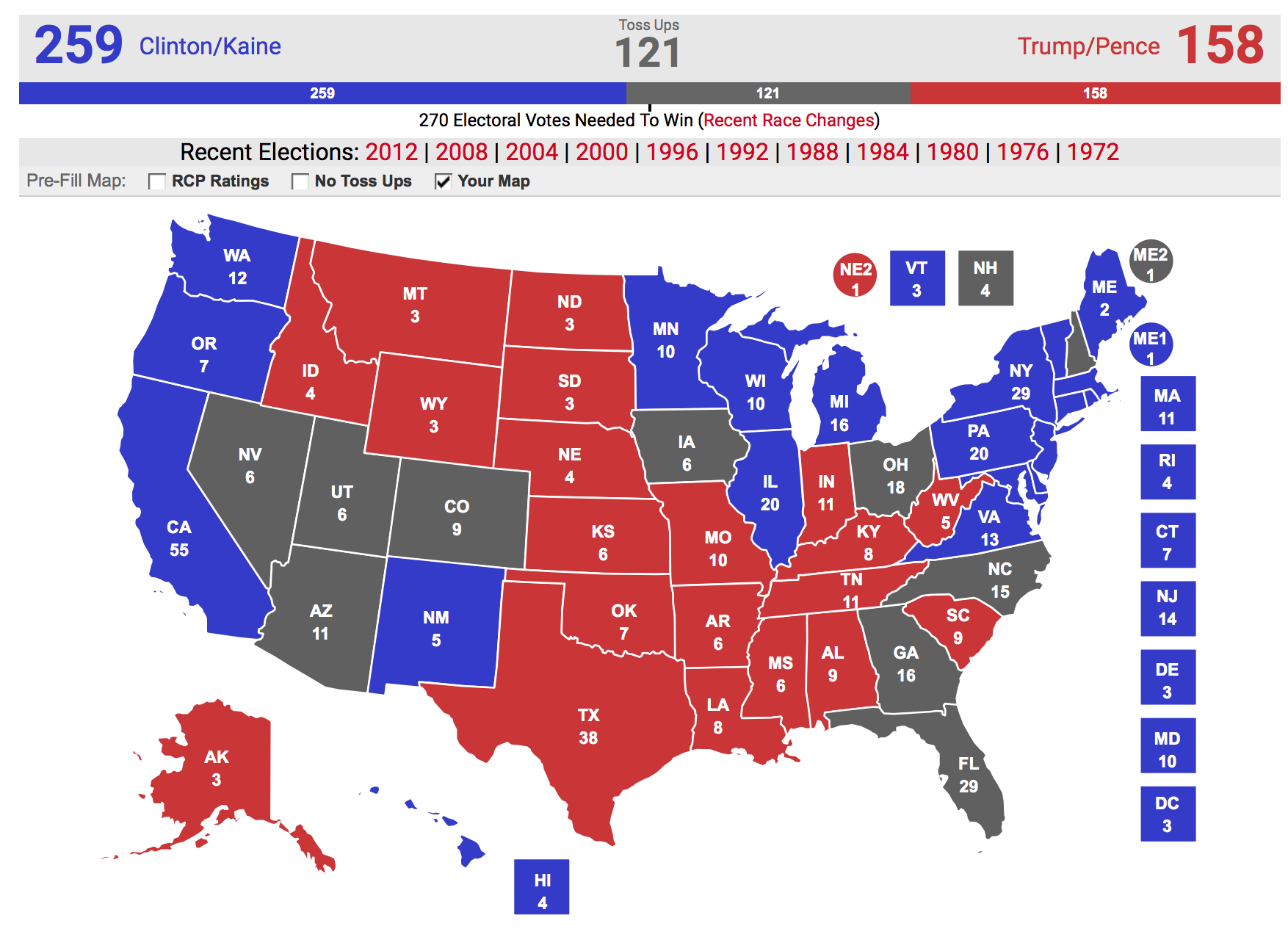 So the longest election of our lifetimes will be over one week from today. to sumarize it with one word, its been INSANE. I dont have to walk you through why it has been so, but I’ve been stareing at the electoral map since august, studying polls and turnout models, calculating voter registration stats, and watching the early vote returns, so here is how I believe the electoral map will settle on November 9th.