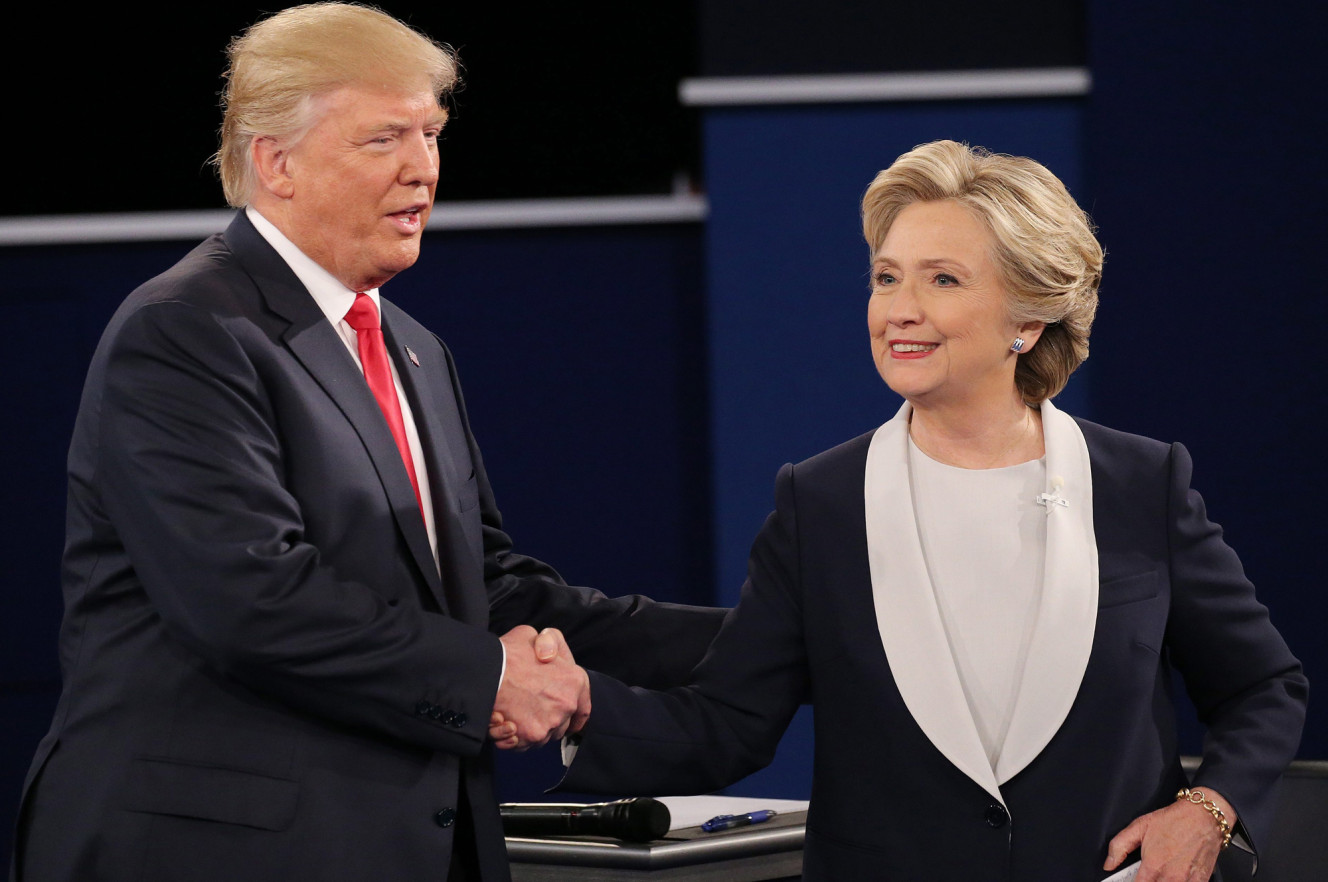 The Clinton’s were in south Florida campaigning for their political lives.

Bill was first in Florida City in the morning and then headed north. Hillary ended her 3-stop Florida trip in Fort Lauderdale where she ramped up her attack against Republican presidential nominee Donald Trump.

Clinton doubled-down on her “deplorable” comment about Trump supporters when she stated this after a heckler yelled out that Bill Clinton was a “rapist.”

“I am sick and tired of the negative, dark, divisive, dangerous vision and behavior of people who support Donald Trump.”

“I get sometimes a little overwhelmed by the fact that I love this country,” Clinton declared. “I think we already are great. I think we could be greater, and, you know, I am sick and tired of the negative, dark, divisive, dangerous vision and behavior of people who support Donald Trump.

It is time for us to say, ‘No, we are not going backwards. We are going forward into a brighter future.’  So how do we do that? For the next seven days, we focus on what is important, do not get distracted or diverted – focus on the kind of country and world that we want to help create.”

“I want you to do me another favor, if you know anybody who says they are thinking of voting for Trump, I want you to stage an intervention,” Clinton said. “And I want you to talk to this person because unless they are a billionaire who avoided paying taxes for 20 years and lost a billion dollars running casinos, they do not have anything to gain from Donald Trump.

In fact, they do have so much to lose. Every single issue we care about may not be actually listed on the ballot but make no mistake, it is on there. And talk to your friend or coworker and say, ‘You know, really, you may be angry about something that anger is not a plan. Don’t be used. Don’t be exploited. Stand up for what we can do together.’ Because that is what this election comes down to. It is about our future. It is about who we are as a country.-Breitbart

Hillary Clinton is down in Florida and Arizona to Trump, and with the ongoing FBI investigation into her secret email server casting a dark shadow over  her campaign, Trump appears to be surging across the country, not just in Florida.