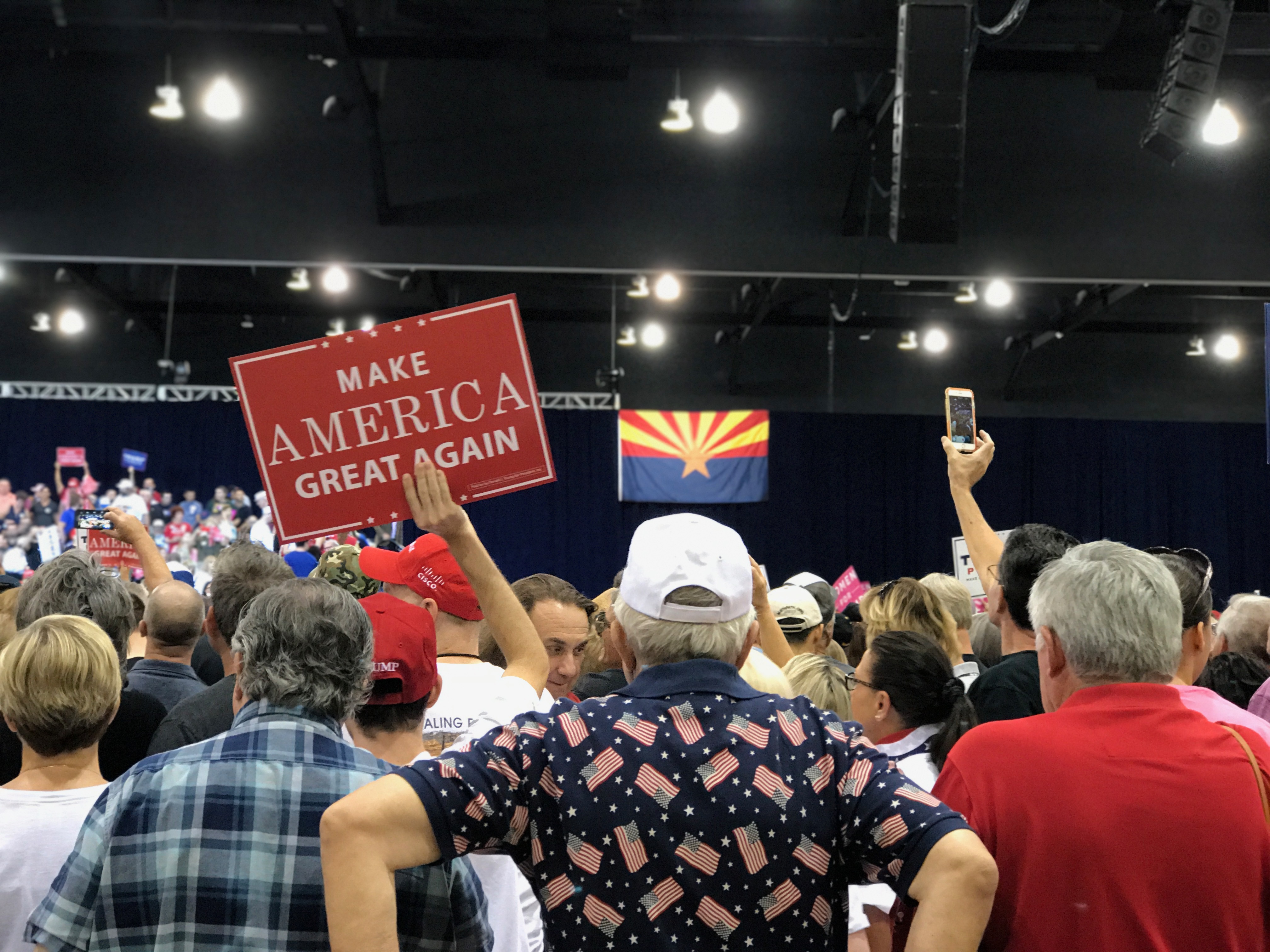 It’s been weird watching Democrats gloat about possibly winning Arizona, but that tide may be turning. The lastest poll of voters in the state shows Donald Trump re-gaining his lead in the state.

40% of respondents say they’ve already voted early, either by mail or in-person. Contrary to CNNs findings and what surely is good news for the Trump campaign, out of those 40% who have voted, Republicans hold the turnout avatange 44%-41%, while independents account for 36% of the early vote.

That’s the good news. The bad news for the Republicans is that hispanics seem to be heavily undersampled in the poll. This election hispanics are expected to account for 30-33% of the total vote in the state, yet they only account for 21% of respondants.

This poll brings the RealClearPolitics average of polls to a .6% lead for Hillary Clinton, making it truly a toss-up and making the campaigns’ turnout opperations that much more important. Democrats seem to hold an advantage there with the Clinton Campaign, the AZ Democrat party, and numerous third party groups (mainly focused on Hispanic voters) putting together massive GOTV machines.

The two previous polls compounded in the RCP average showed Clinton up 5% and Trump up 1% respectively.

For it’s part the Trump campaign has brought on a record 101 exit pollers for election day, while the AZGOP continues to handle the turnout operations.

Voter fraud allegations continue to be hurdled at Democrats, with reports that they are registering non-citizens to vote in Arizona.