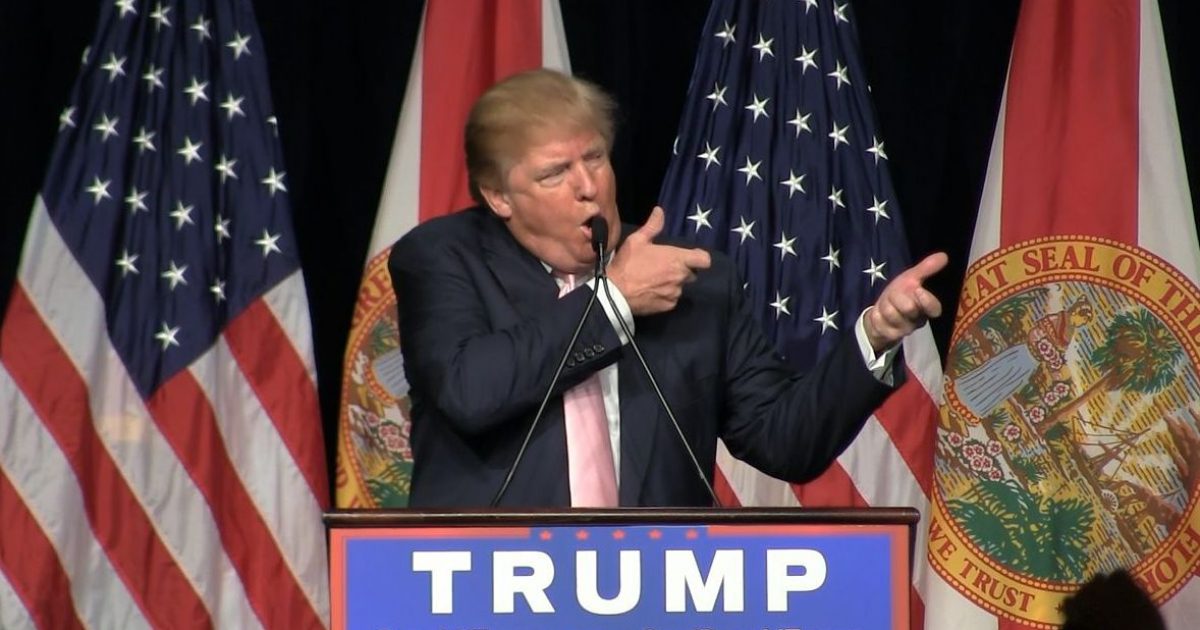 Trump on Joe Biden, “He understood how to kiss Barack Obama’s ass”.

President Donald Trump did not disappoint his supporters or the media when he unloaded attack after attack against his detractors during his Minneapolis rally this past Thursday.

While ANTIFA protestors congregated outside the rally, Trump served up the usual political red meat buffet, which included everyone from Clinton, Omar Ilham and the Minneapolis Mayor, who wanted to keep the rally from happening. But last night’s featured meal was of course—The Bidens.

“The Bidens got rich — and that is substantiated — while America got robbed,” Trump said. “Sleepy Joe and his friends sold out America. … And in a brand new report, just came out as I’m walking on the stage, it turns out that when Joe Biden was vice president — he worked with the so-called whistleblower.  This is nothing more than a partisan witch hunt, sabotage, and I’m sure they’re going to say, ‘totally unsubstantiated.'”

Trump saved that best smackdown of the night for Hunter Biden, who is alleged to have been able to garner a very lucrative job on the board of Burisma, a Ukrainian natural gas company. Biden is accused of helping his son secure the job with his influence as vice president.

And then there was Muslim-American Rep. Ilhan Omar (D). Trump said he was going to win the state of Minnesota because of Omar

“How do you have such a person representing you in Minnesota? I’m very angry at you people. She is a disgrace to our country, and she is one of the big reasons that I am going to win, and that the Republican Party is going to win, Minnesota in 13 months.”- President Rump