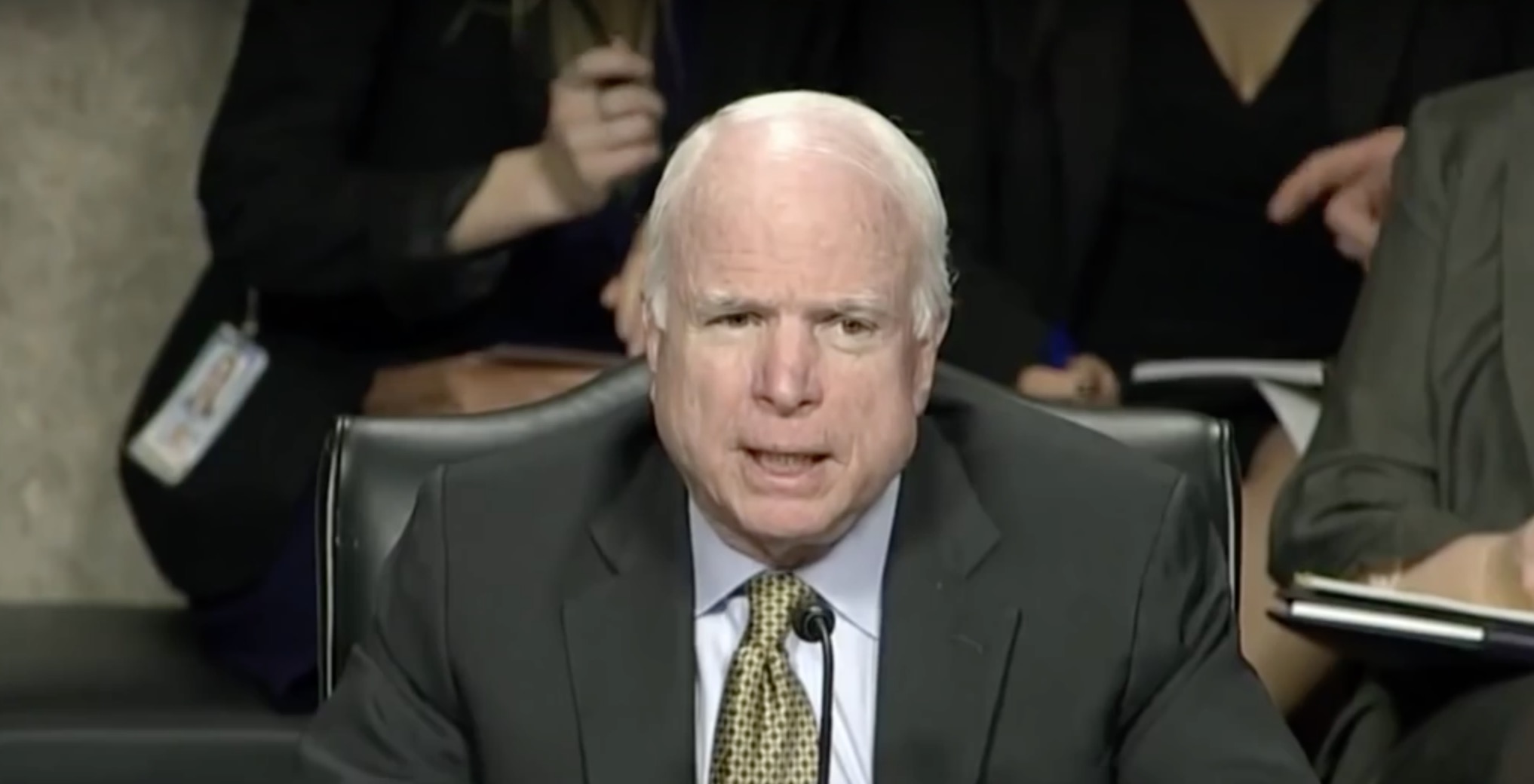 Today John McCain published an op-ed on the Financial Times where he blasted Donald Trump’s proposals on international trade. More specifically, Trump’s threat to pull-out of the Trans-Pacific Partnership.

McCain contends that too many U.S. jobs are tied to international trade and that pulling out of such trade agreements would give China huge openings worldwide to swoop into the leadership vacuum. McCain argues that since 95% of the worlds consumers live overseas, pulling out of trade deals will actually kill U.S. jobs, not save them.

But turning aside opportunities to sell more goods and services overseas will add to job losses, not stem them. One in 12 American jobs is dependent on international trade.

To argue against the global economy is like stating opposition to the weather — it continues whether you like it or not. More than 95 per cent of the world’s consumerslive outside the US. The global economy will become more accessible and competitive, whether we try to remove trade barriers or impose them. That is why withdrawing from TPP will hurt our ability to compete.

Since President-Elect Trump announced his campaign, he has been on a crusade against what he says are “stupid deals”, and contends that he can and will eliminate NAFTA and other agreements in order to negotiate better ones.

My op-ed in @FinancialTimes: The United States retreats from trade deals at our own peril https://t.co/lc9c750f1w