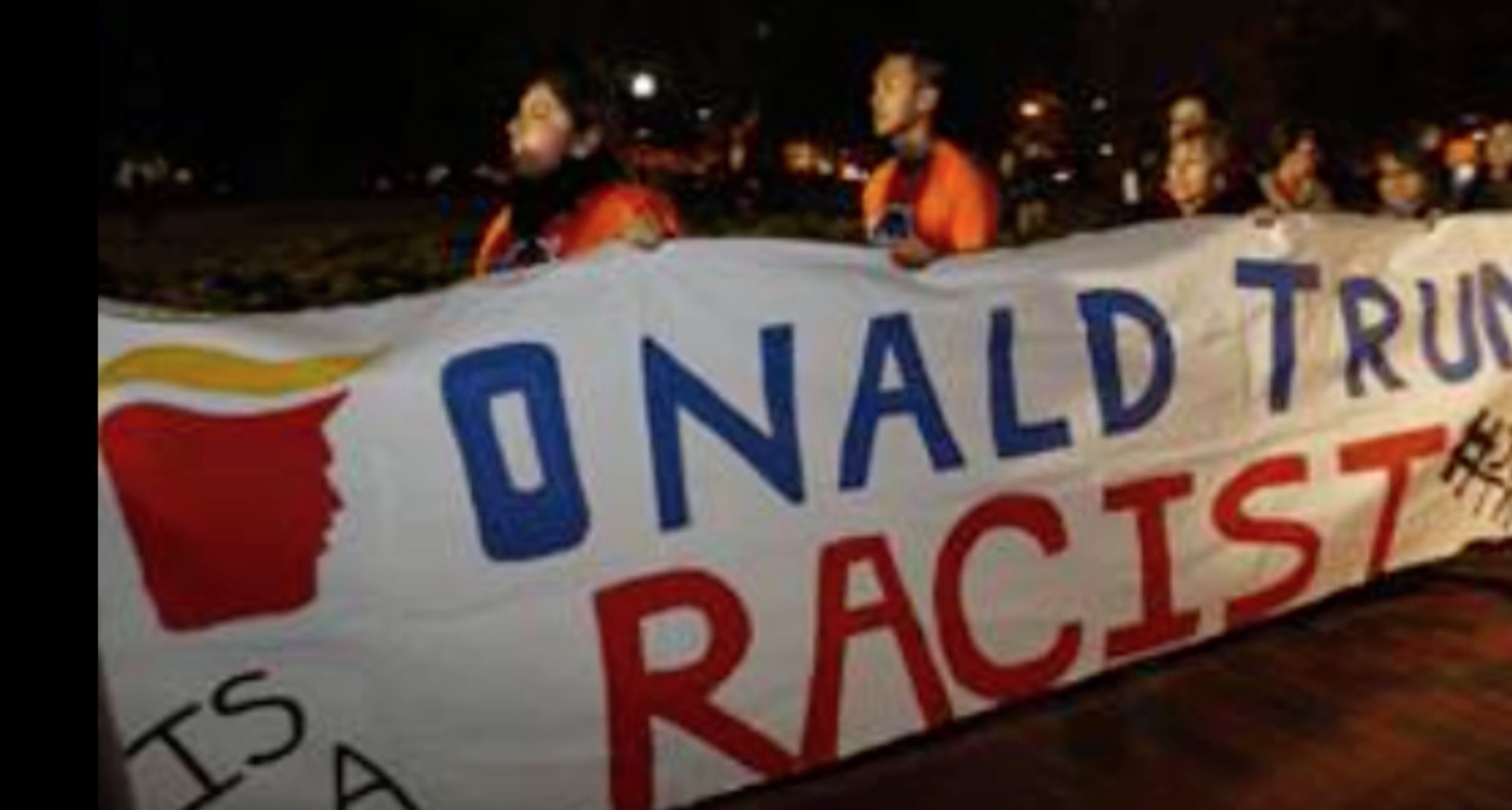 The sore losing continues around the country as anti-Trump activists upset over the billionaire’s presidential win, have taken to the streets to protest.

Thousands of protesters in several large American cities could be heard chanting and holding up sings that read “Not My President” and “No Racist USA..”

In Washington, D.C., protestors converged in front of the Trump Hotel. According to USA Today reporter Natalie DiBlasio, this happened:

And of course, a good “peaceful” protest always has to include a good bonfire or two, not to mention some for of vandalism or damage to public and/or private property.

This is from Oakland, California:

Has Trump’s candidacy given new life to the Occupy movement that fizzed out years ago?

Trump’s election, whether you support it or not, was a complete repudiation of the Obama/Clinton ideological agenda that most, if not all of these protesters subscribe to.

Just like Obama and Democrats once said, “elections have consequences,” protesters, the media, and Democratic elected officials around the country need to suck it up and just accept the hand that they have been dealt.

Donald Trump is President-elect of the United States, and there is nothing they can do about it, besides protest.