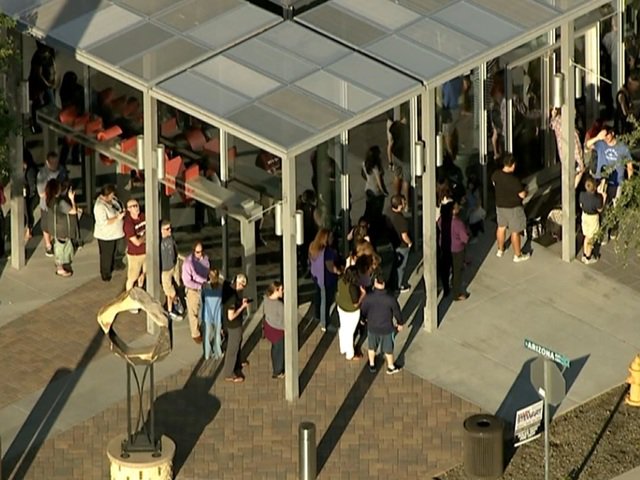 It was during March 22nd’s Presidential Preference primary that Arizona and America learned of Helen Purcell, the Maricopa County Recorder. She limited the number of polling places for that election, and came under heave critizism when the voting lines  were as long as they ever had been in Arizona, in some cases voters waiting up to 8 hours to cast their ballots.

Today, as the last day of early voting comes to a close, waiting times are again skyrocketing. with a record number of early votes coming in, Helen Purcell will surely again come under fire.

We've already received back over 1 MILLION early ballots! Great
turnout for the General Election so far! Will continue to process & tabulate

With the fever of this year’s elections, one thing has become increasingly clear: the template we employ for elections is not working. Lawmakers and County leaders can no longer use the excuse of “miscalculation” of turnout. This election WILL (not might) have high turnout. This should not have been a surprise.

Election officials are charged with giving the American people their voice and their vote, not support Republican or Democrat ideals. There should be bi-partisan support to fix this process, not partisan excuses or finger pointing.

Arizona local news outlets are reporting long waiting times across early voting sites in the Valley. Some as long as 4 and a half hours.

NOW: Skyfox over the Tempe library where there is still quite a line for early voters. Caller said 4.5hr wait at one point. #Elections2016 pic.twitter.com/lCokNywQ2W

Some folks were even locked out of polling sites in Scottsdale after waiting for hours to cast their ballots.

People with paper numbers waiting in line furious after being locked out of Scottsdale early voting building when it closed at 5:00. pic.twitter.com/2d6qxQ7CcB

With the numbers we know right now from early voting, this must be very enouraging news for the Clinton campaign who has built its Arizona campaign on the back of turning out the hispanic and youth voting blocks.

We will undoubtedly have new updated numbers on Monday at which time we will have a clearer picture as to whether or not Clinton can actually take Arizona’s 11 electoral voted from the Trump campaign.