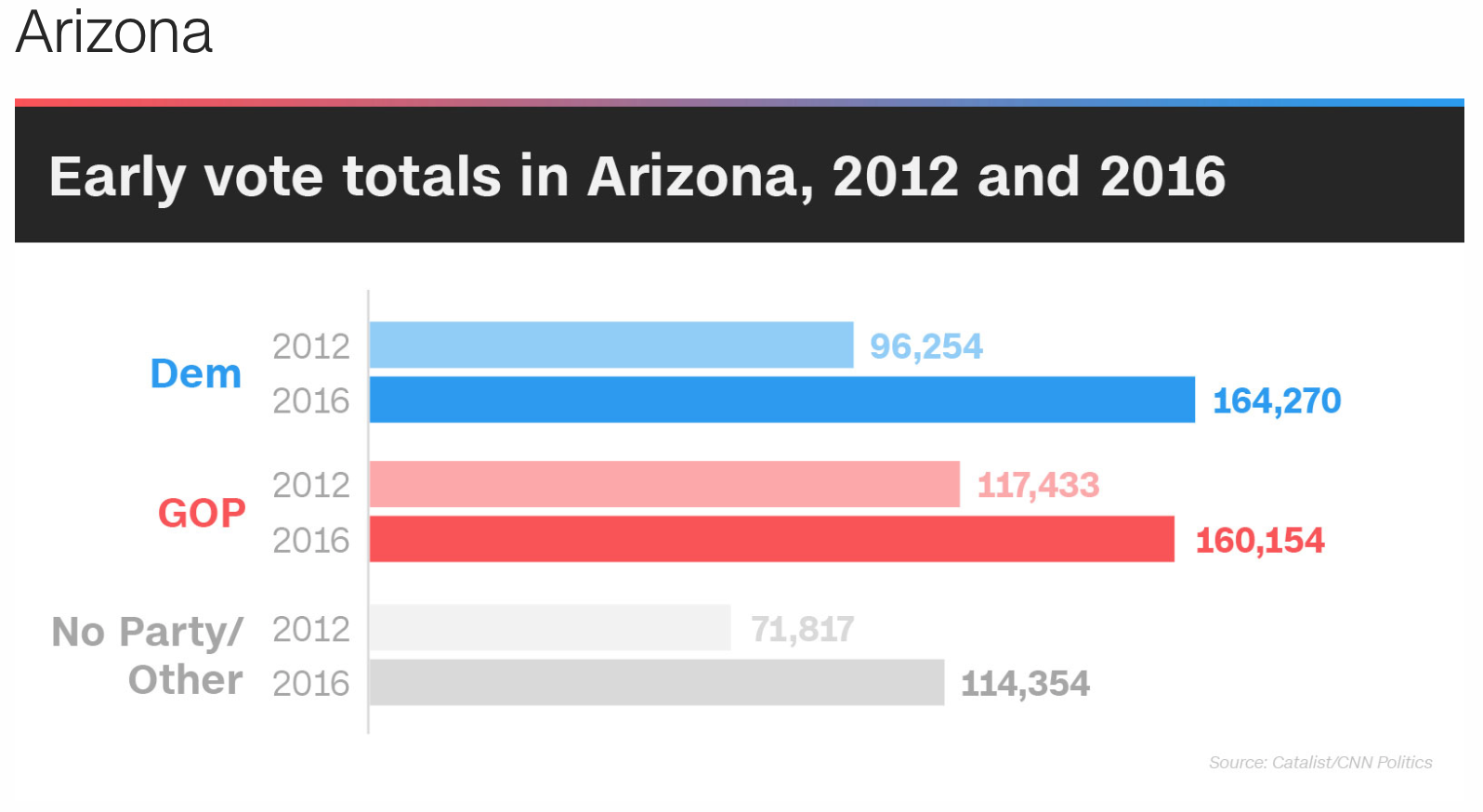 It’s no secret that the demographic makeup of the Arizona Electorate has been changing slowly over each election, but has the solidly Republican state become a battle ground this election because of Republican dislike of Donald Trump or because the demographics have finally swung it?

So we come to the demographic changes. Hispanics, who make up over 30% of the states population usually don’t vote as often as other groups in the state. Yet this year they registered in droves. A USAToday report found that the big driver for Hispanic registration is actually anti-Trump sentiment.

Trump has struggled in garnering support from the Hispanic community since he famously called Mexicans “rapists” in his announcement speech, or at least that is how Hispanics perceived it.

This anger in the hispanic community has led to Trump having only a 21% favorable rating ammong Hispanics nation wide. Mitt Romney lost the 2012 election largely because of the hispanic vote, garnering only 27% nation wide.

This, potentially has also led to the advantage democrats are enjoying in early voting in Arizona. Historically, Republicans have always enjoyed early voting advantages in the state, but this year there has been a big shift in those statistics, CNN found. The influence of Arizona’s Latino voters will continue to increase as voters in this community become an ever larger percentage of the state’s total population and a larger percentage of Arizona’s voters. Voter engagement strategies combined with increased socio-economic status and an increase to the median age of the population will continue to expand the power of the Latino electorate. Arizona Latinos have a median age of 25 and 57% of their population is under the age of 30. One Arizona is the only organization whose primary mission is to engage and recruit Latino voters in Arizona.

Conclusion: While Hispanics have not historically shifted any election in Arizona, this year they may be the diference, and it may serve to permanently activate them as a voting block bringing their turnout rates to rival those of African Americand and non-Hispanic whites in the state of just over 60%.

So, Welcome to the newest permanent battleground state.