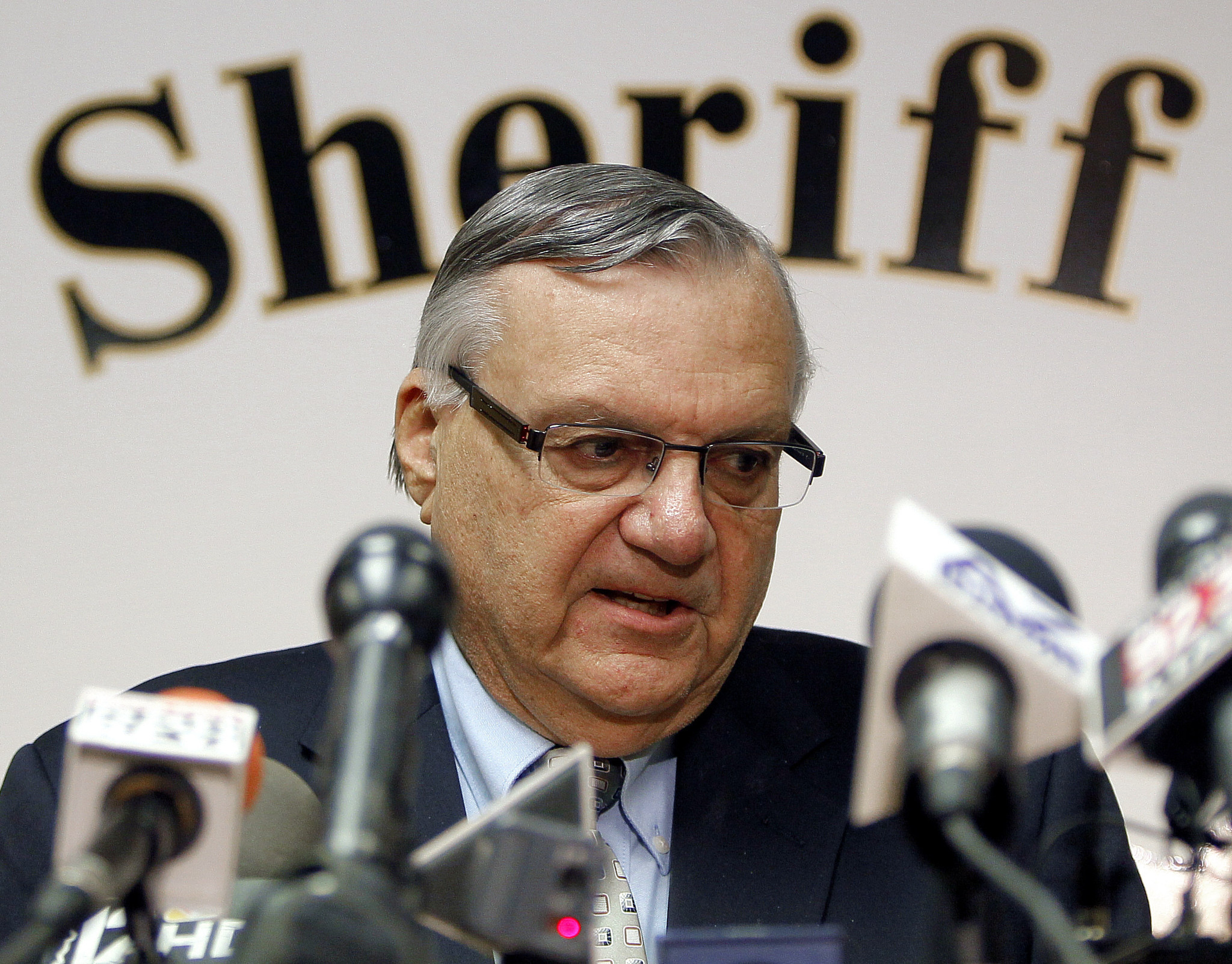 Groundgame is the name of the game, and this is turning out to be a dismal year for Republicans all across the state because of it. Democrats are out-registering the AZGOP this cycle, and if things turn out the way they are looking, it may spell doom for AZGOP Chairman Robert Graham’s bid to lead the Republican National Committee.

Democrats turned Colorado solid blue on the back on the hispanic vote, and they appear to be doing the same this cycle in Arizona. So much so that a new poll has one of the most popular Republicans in the State, Maricopa County Sheriff Joe Arpaio down 15% in the latest poll.

Montini: Arpaio down, marijuana and minimum wage up…is this a parallel universe? https://t.co/TJBUDQCYde

Up and down the ballot, Arizona Republicans are facing tough times in 2016. Poll after poll Hillary seems to be slowly locking up the Grand Canyon State, and it appears she has coattails. Paul Babeu seems to be in the political fight of his life, and now Sheriff Joe? Surely the federal investigation has not helped, but in an election which will likely come down to turnout and ground game, Republicans all over the state seem to be grounded.

I live in in the Gilbert area, represented currently by Matt Salmon, a district which Andy Biggs seems to have a lock on (thankfully for Republicans), yet every day I see Hillary volunteers walking, Penzone campaign staffers pounding more signs and in the Tempe area one is hardpressed to find any Dave Giles signs or staff doing and ground ground work.

Two of the most popular props for Democrats (205 on marijuana legalizations, and 206 on raising the minimum wage) are gathering support and look to be on track for November 8th victories by having volunteers pounding pavement and making phonecalls in traditionally Republican districts.

Republicans seem to have taken their state for granted and are hoping that the anti establishment sentiment driving the Trump campaign will be enough to push them over the edge. Sadly for Conservative Republicans, who take pride in living in a traditionally conservative state, the only Republican who seems to be safe in a larger context is 34-year incumbent John McCain.

So Conservatives and Republicans, unless you want to live in the new Colorado, get your heads in the game.