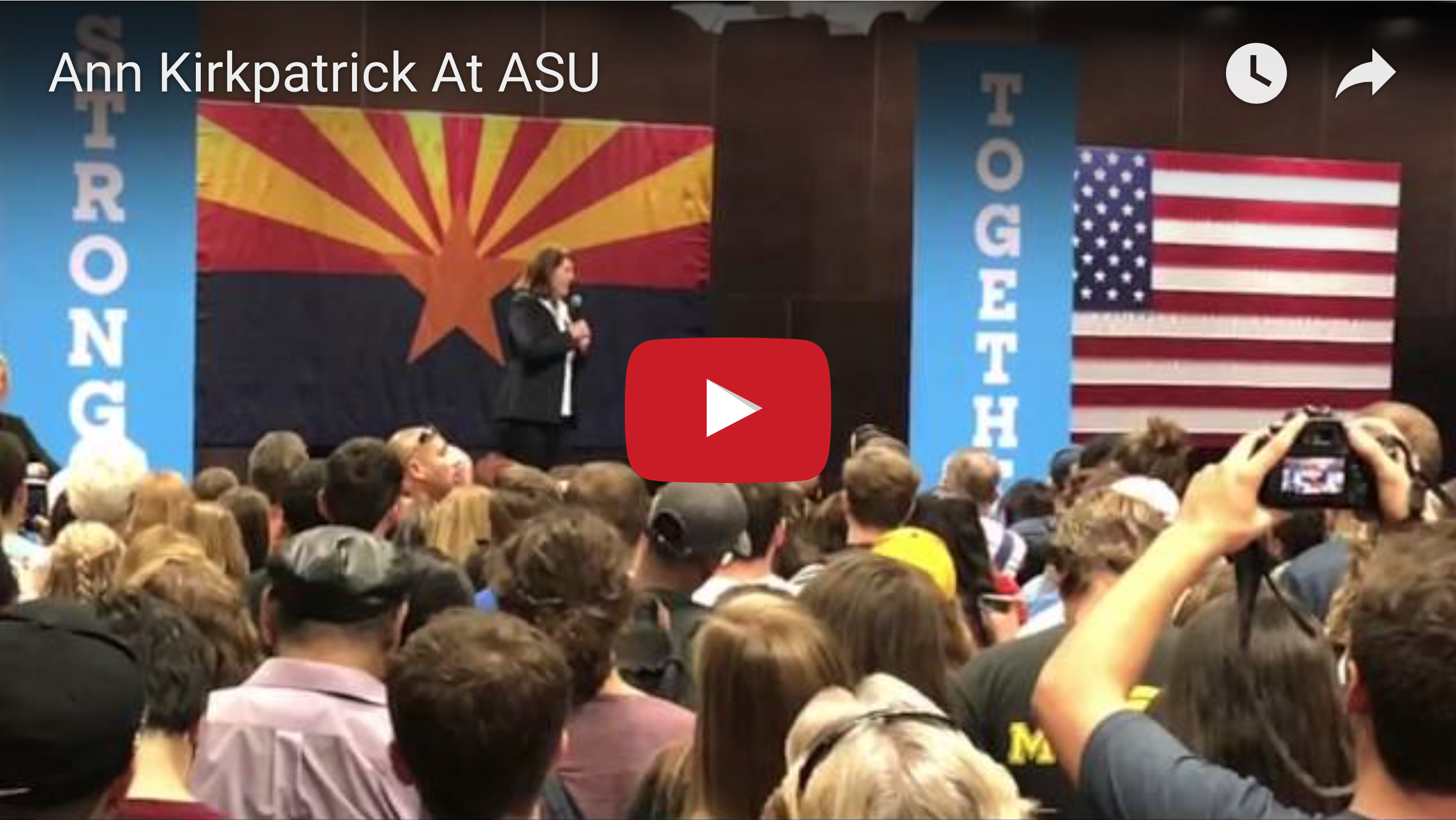 The polling in Arizona may not be looking too good for Donald Trump, but the same does not hold true for John McCain. Ever since his rought primary, John McCain appears to have gavalined the Republicans in Arizona regardless of where Donald Trump stands.

The last three polls show John McCain up by 16%, 19%, and 13%. Hardly a toss up state when it comes to the Senate. But McCain’s challenger, Congresswoman Ann Kirkpatrick, hope to capitalize on Donald Trump’s unpopularity and tie the 34-year incumbent Senator to his party’s nominee.
She seems very confident that she can ride Hillary Clinton’s coatails all the way to the U.S. Senate. Her campaign has tied itself closely to Hillary Clinton’s campaign. Today at ASU, a crowd of about 600 came to see Chelsea Clinton speak, but they got warmed up by a 3 and a half minute speech by Kirkpatrick.

The fact remians Ann Kirkpatrick has a huge uphill fight. According to the Real Clear politics average the only two states where Hillary is slated to win in which Republicans will hold their Senate seats are Florida, where Marco Rubio is pulling away from Democrat Patrick Murphy, and Arizona.